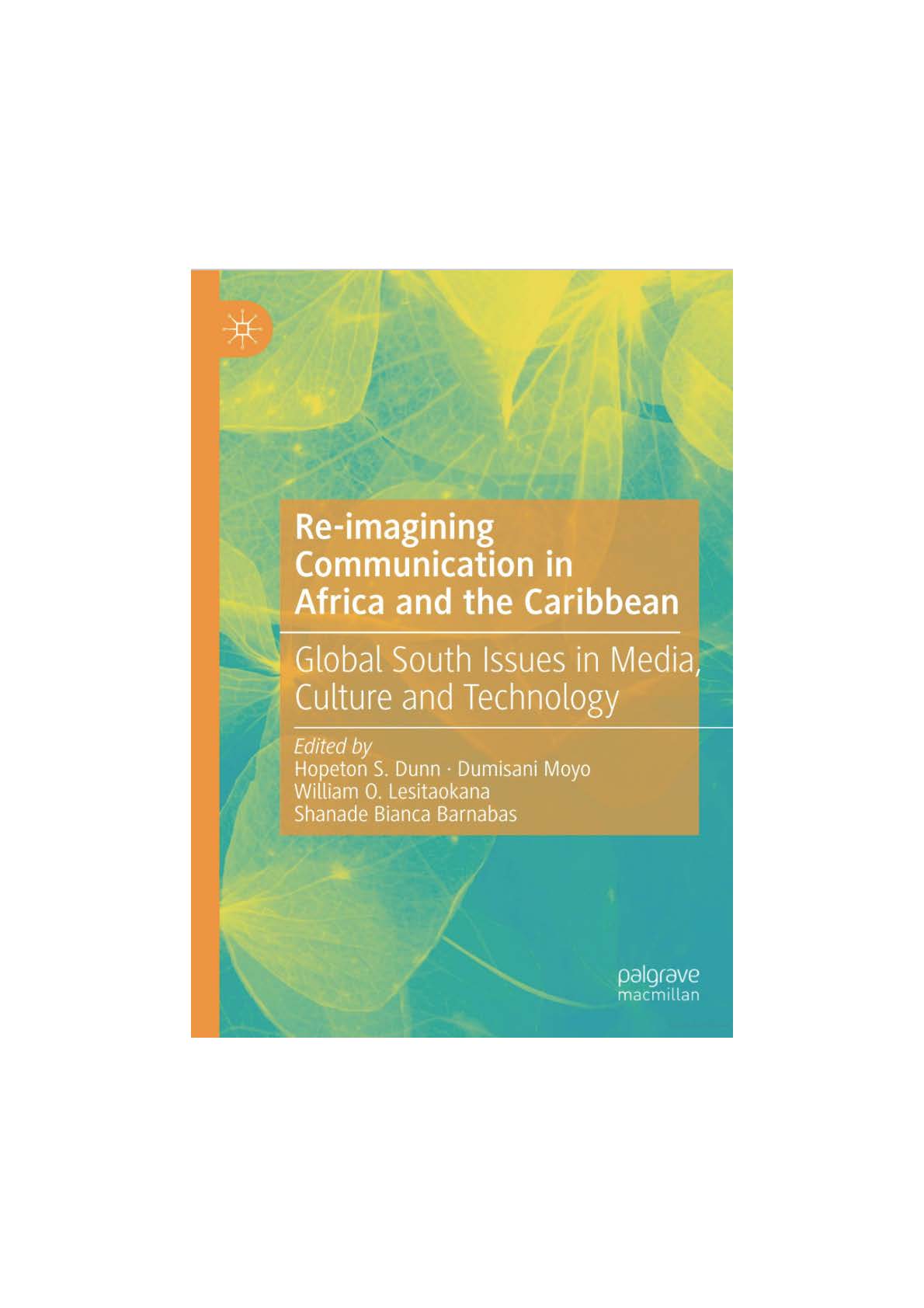 Prof Hopeton Dunn, a Professor in the Department of Media Studies, together with the Head of Department Dr William Lesitaokana have collaborated with University of Johannesburg Professors Dumisani Moyo and Shanade Barnabas to put together an edited collection on media, culture and technology.

The new edited volume, titled *Re-Imagining Communication in Africa and the Caribbean: Global South Issues in Media, Culture and Technology has been published by Palgrave Macmillan and provides critical explorations of people and media in their diverse engagements with culture, communication and technology in the 11 countries represented.

With change and reform at its core, the book traverses the domains of new media and traditional culture, music as resistance, reforms to communication theory, resisting colonial and imperial legacies, advocating journalistic renewal, and exploring new corporate and cultural strategies, among others. It covers print journalism, broadcast radio and television, digital media, popular music, and video games—in a range of national and cultural contexts.

The book also pays particular attention to the role of media and technology in the experiences of disadvantaged or under-represented groups, including women and indigenous communities. Early endorsements of the book were provided by Professor Tawana Kupe, Media Scholar and Vice Chancellor of University of Pretoria; and Professor Rupert Lewis, Pan African Scholar and Emeritus Professor of Political Thought at the University of the West Indies.

According to early reviewers, the scholars engaged critically with the central issues of how we communicate, produce, resist, reform, entertain, and build communities in early 21st-century Africa and the Caribbean.