The University of Botswana through 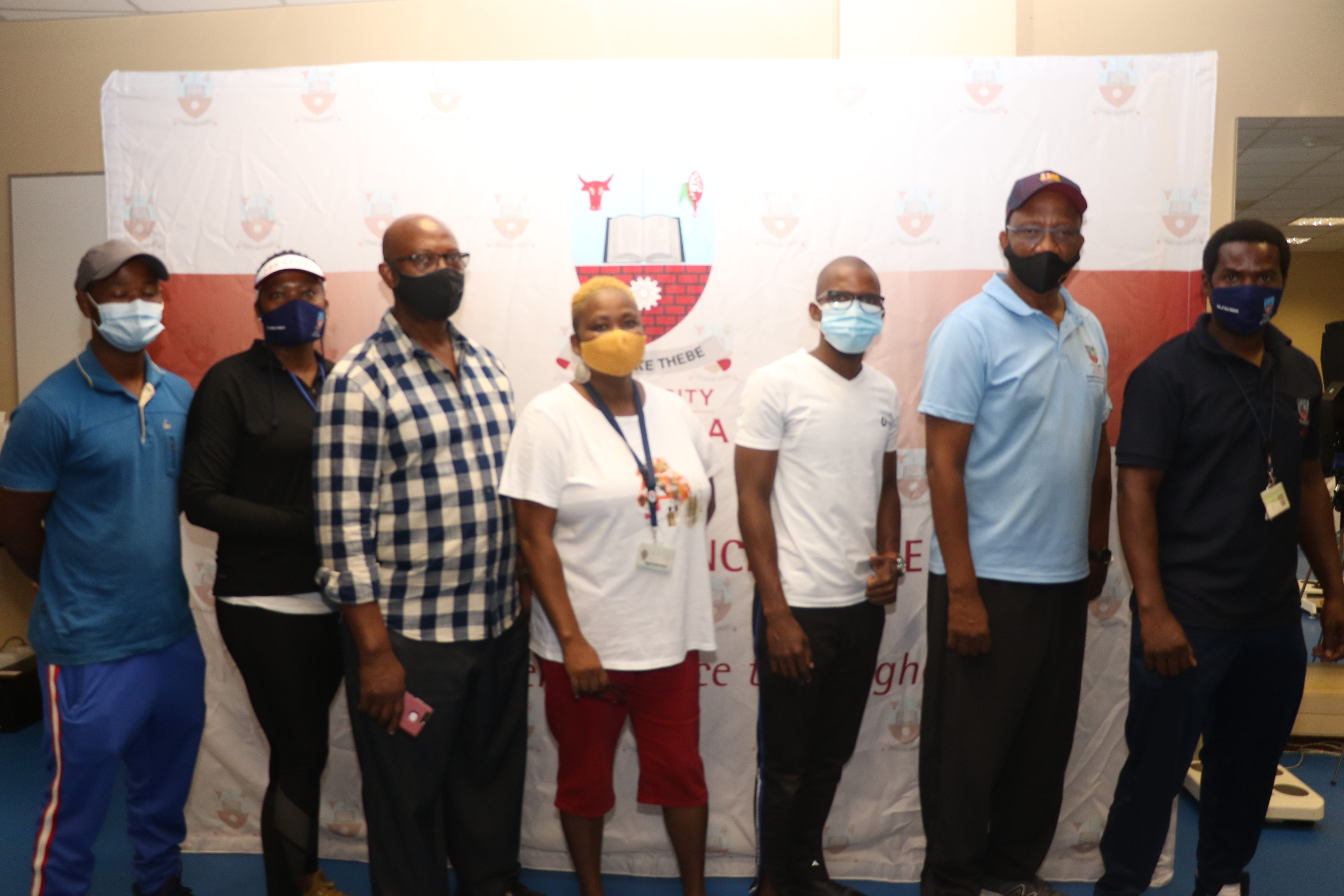 Department of Sports Science in the Faculty of Education has embarked on an exercise to conduct high performance testing aimed at preparing the country’s Olympic bound teams for the Tokyo, Japan meet slated for later this year.

The exercise which kicked off last year is conducted at the University of Botswana High Performance Centre. Sports codes that have so far sent their national teams for the exercise at the centre are volleyball, boxing and rugby. Athletics was on January 22, 2021 the latest code to send athletes for high performance testing in preparation for the July 23 to August 8, 2021 Tokyo Games.

Among the athletes were national icons in Amantle Montsho, Baboloki Thebe, Christine Botlogetswe and Nigel Amos. Athletes undergo various tests at the centre to gauge their fitness levels based on international standards. In the event an athlete’s fitness level is relatively lower than that of his or her competitors, the centre makes recommendations on which areas of physiology to work on.  The aim is to help the country enhance its performance during international meets.

In an interview, Head of the Department of Sports Science, Dr Comfort Mokgothu, expressed delight that the department had had been able to conduct tests for different sporting codes to prepare them for the long anticipated Tokyo 2020/21 Olympic Games.

Dr Mokgothu explained that the UB High Performance Centre which is housed at the Campus Indoor Sports Centre, was well equipped to conduct tests at international levels. He said the idea to establish a high performance was the Vice Chancellor, Professor David Norris’ brainchild. The aim, he added, was to help the country’s athletes who over the years, had to travel to South Africa to prepare for international meets.  That proved to be an expensive exercise for the country as it had to spend huge amounts of money on transportation, lodging, food and tests for the athletes, he observed.

Dr Mokgothu said to set up a high performance centre, they had benchmark in South Africa. The major aim was not only to serve Botswana but to cast the net wider and tap into the regional market as well as the rest of Africa.

“Just before the Covid-19 pandemic hit Botswana, preparations were already underway to launch the High Performance Center and we were going to invite representatives from the Olympic movement across Africa,” said Dr Mokgothu. He was confident that despite the disruptions, the launch was still on course. However, in the event that a normal launch was not possible, it would be conducted virtually.

“Even though Covid-19 is still a threat to the country and the world, we saw it fit to continue testing Botswana athletes by providing different services such as psychological testing and physical fitness testing,” he said. The Department is conducting the tests in collaboration with Botswana National Sports Commission and Botswana National Olympic Council and costs are manageable for the federations unlike when they had to send athletes to South Africa, added Dr Mokgothu. 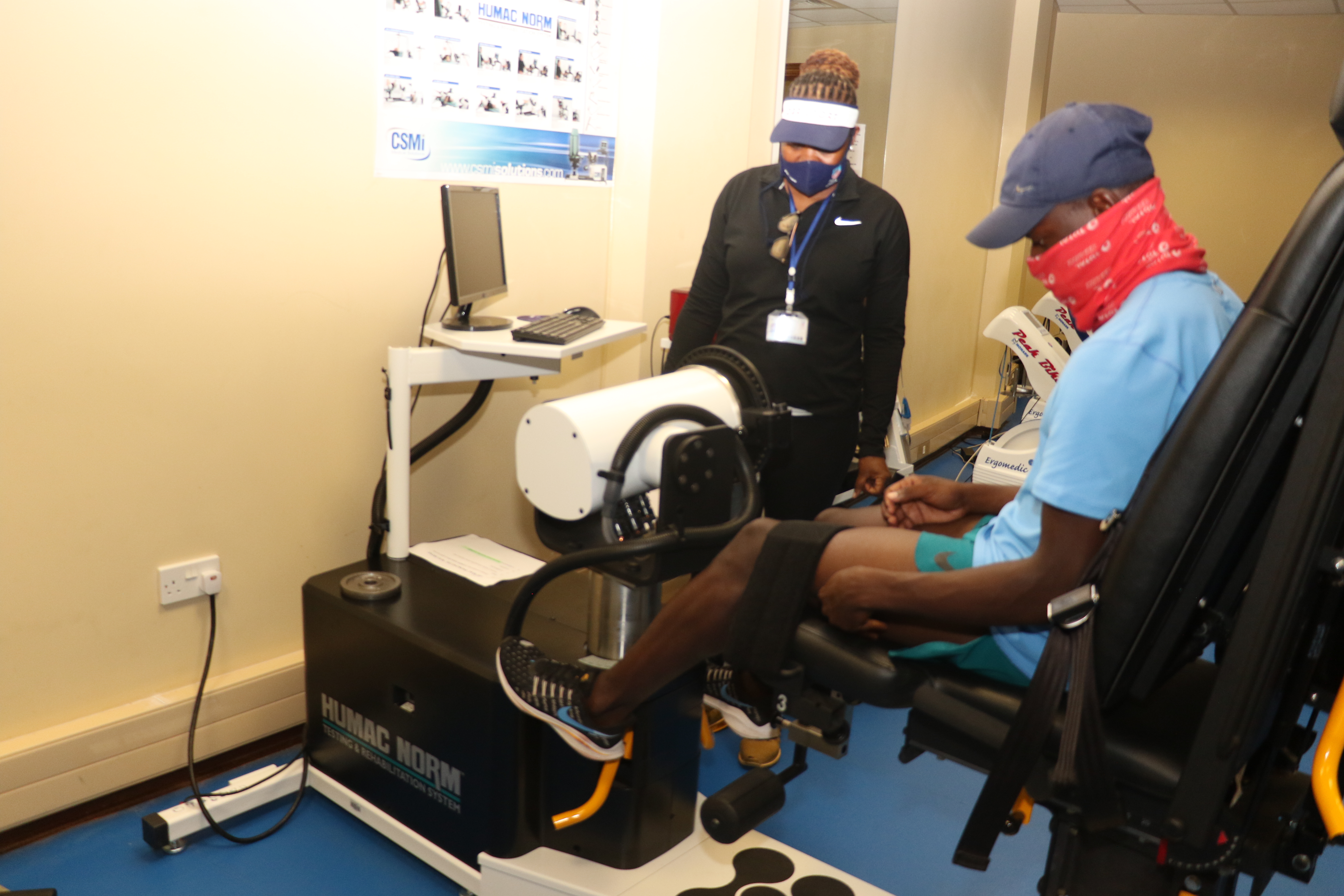 Meanwhile, one of the residences on campus has been converted into a sporting village for athletes who will be coming from outside Gaborone for testing. Dr Mokgothu said that was a good opportunity for third stream income generation for the University hosting teams especially those that required acclimatizing before games.

One of the athletes, Christine Botlogwetswe, said she was excited that tests conducted at the UB High Performance Center were not different from what they were accustomed to in South Africa. She reckoned that it was important for athletes to regularly gauge their fitness levels and keep them at competitive levels at all times.