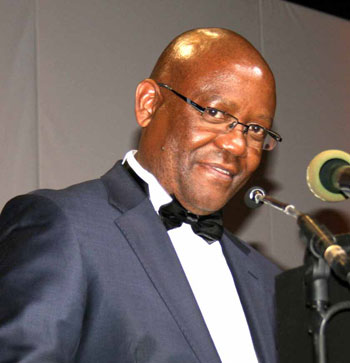 University of Botswana alumni have been challenged to be the torch bearers of Botswana’s knowledge revolution as the country strives to become a knowledge-based economy.

Debswana Managing Director, Mr Balisi Bonyongo made the challenge at the 18th University of Botswana Foundation Dinner Dance held at the Gaborone International Convention Centre on September 14, 2018. The theme of the dinner was Nurturing a Knowledge-based Economy through Alumni Engagement.

“This theme should resonate with most, if not all of us here, for we are either direct or indirect products of the University of Botswana,” observed Mr Bonyongo. Consequently, he said such lineage imposed an unavoidable responsibility upon the alumni to be the initiators of a knowledge revolution that moved Botswana forward with a sense of formation and urgency.

He said given the vulnerability of an economy heavily dependent on finite mineral resources, it was imperative for Batswana to chart a new development trajectory into the country’s second half of its century post 1966.

While he lauded Botswana’s economic success through diamonds, Mr Bonyongo decried the fact that the country was caught up in a middle income trap characterised by high unemployment levels, income disparities, and poverty besides a more complex cocktail of social stressors and ills that threatened society’s moral fabric.

Notwithstanding, he said Vision 2036 provided opportunities for resolving such problems as Botswana aspired to be a high-income country with an export-led economy underpinned by diversified, inclusive and sustainable growth driven by high levels of productivity.

In provoking thought and stimulating debate, Mr Bonyongo challenged the UB alumni to ask themselves questions so that they were able to provide practical ways of implementing a knowledge-based economy.

One of the questions posed was whether Botswana, once having identified problems that if solved could trigger disruption to the way society, industries, governments and economies function, had the skills to solve such problems.

“We need to develop the capacity of our people, especially our entrepreneurs, and then support them to innovate and solve these problems,” said Mr Bonyongo. In addition, he called on the alumni to ensure there was a systematic and dynamic process of knowledge creation, development and sharing between entities to improve decision-making and innovation.

“The same way our iconic University of Botswana was built through contributing cattle, we can co-create new prosperity for all by contributing intellectual cattle in the form of commercialised knowledge assets. We need to execute, execute and execute,” added Mr Bonyongo, challenging the alumni to renew their commitment to translate Botswana’s vision of a knowledge-based economy into reality. 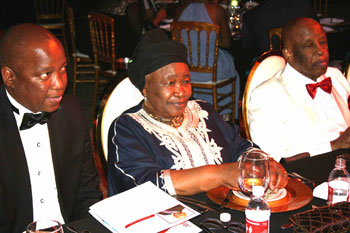 Meanwhile, speaking on behalf of the UB Foundation Borad of Trustees Chairman, Ms Linah Mohohlo who is the deputy chair, outlined the mandate of the Foundation and thanked Investec for continuing to play a leading role as platinum sponsor of the annual dinner.

Other contributors of note Ms Mohohlo recognised were the Ministry of Tertiary Education, Research, Science and Technology, Dynamic Insurance, Letshego, AON, IDM, BOCRA, Motor Centre, Stanbic, Hollard and Debswana. She said through their efforts and other activities, the endowment fund had grown to just about P8 million while through the interest generated from investing the money, over 300 students had been awarded scholarships to undertake Masters Degree study programmes.

Ms Mohohlo appealed to the alumni to make contributions as well. “Indeed they will soon be engaged so they are able to be part of this noble cause. The need to engage alumni draws from the attested spirit of the Botswana University Campus Appeal of 1976, Motho le motho kgomo, which Batswana contribute handsomely towards building the Gaborone campus of the University of Botswana and Swaziland…,” she added.