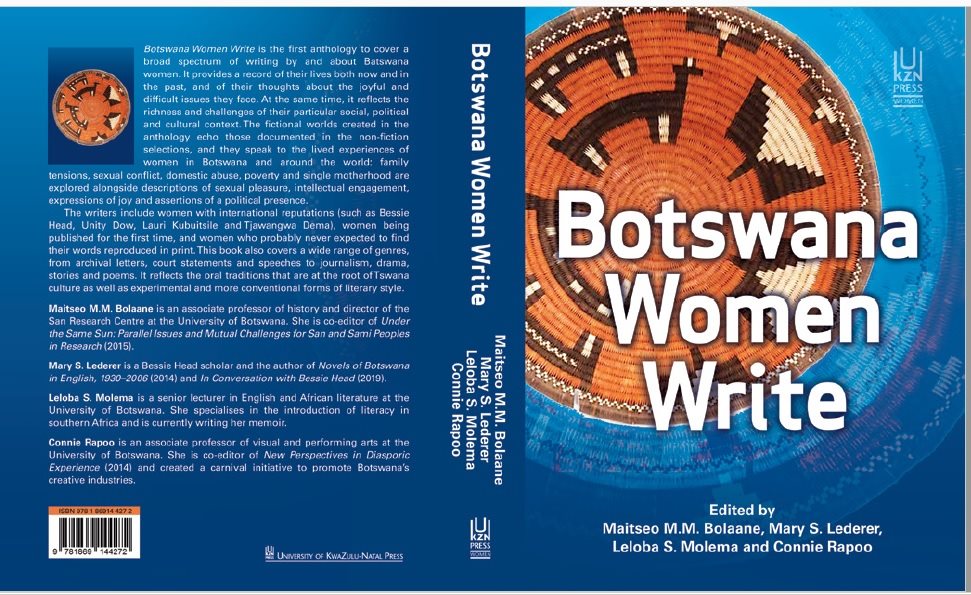 Aprils 23 marks World Book and Copyright Day and University of Botswana academics, Professors Maitseo Bolaane and Connie Rapoo from Faculty of Humanities, will commemorate this day against the backdrop of a book they co-edited with former colleagues, Dr Leloba Molema and Dr Mary Lederer.

Published by University of KwaZulu Natal Press, Botswana Women Write, is a groundbreaking anthology of Botswana women's writing, which was launched at the Gaborone Book Festival in 2019. The book not only includes short stories, poetry, drama, and extracts from novels but also non-traditional sources such as letters, court reports, journalism, and even skipping rhymes.

Further, the book is not only of interest to literary scholars and general readers but to historians as well. Unlike many collections of this type of stories, the book is enjoyable to read. The range is remarkable, and reflects the many years of work that went into its compilation. There is old and new. Poems range from the unforgettable power of "Custom" (Tjawanwa Dema), about the impact of tradition on women's lives, to the sheer delight of "Banana Split" (Tshetsana Senau).

In a letter from a convent school, a pupil (none other than Seodi Molema, later Seodi Khama) describes being taken outside by a Sister at night to see the new Russian Moon, "Put-nik". There is a strong grassroots flavour: a press report of how rural women are celebrating International Women's Day finds them mainly wanting action on specific issues. (One interviewee asks the journalist, about Women's Day, "What is it my son?")

Publication of the book by University of KwaZulu-Natal Press was made possible by a grant from Companies and Intellectual Property Authority (CIPA). Botswana Women Write is available on Amazon.