Taking the University to the People as 40th Anniversary Celebrations Kickstart 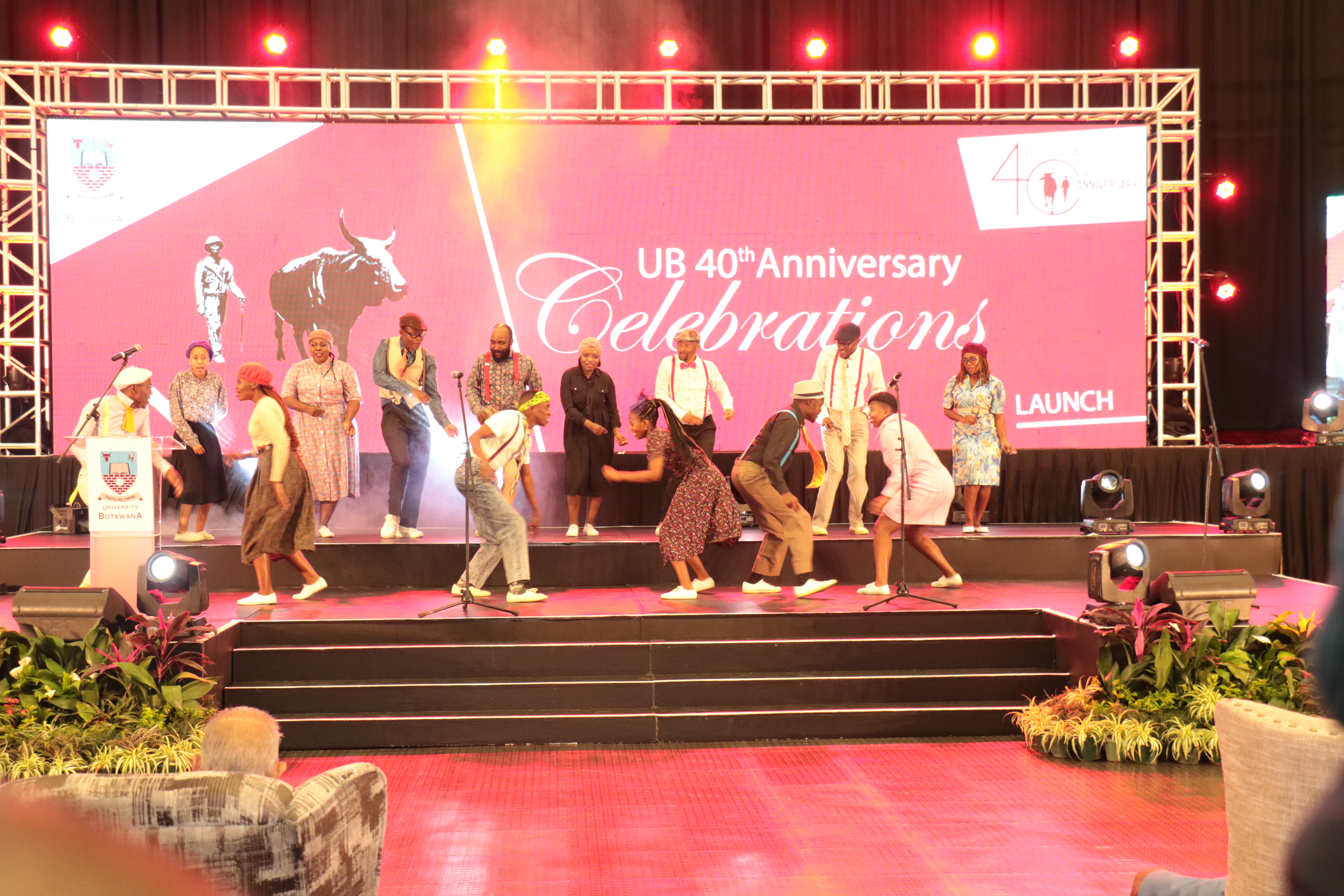 A cold morning it was but not one to dampen the high spirits and celebratory mood of multitudes of Batswana who thronged the University of Botswana Campus Indoor Sports Centre for a ceremony marking the beginning of a series of planned activities celebrating 40 years of Botswana’s oldest and premier institution of higher learning.

Nonetheless, the major attraction of the June 8, 2022 ceremony was the unveiling of a mascot, named Mmadikolo. Botswana’s Former President and Former Chancellor of the University of Botswana, Dr Festus Mogae, performed the unveiling as part of a build-up towards the main celebration slated for October 21, 2022. Mmadikolo is set to undertake a roving trip around Botswana to appreciate them for the contribution they made towards establishment of the University of Botswana.

“When you see today a truly National University with potential for wide impact as a global gateway of education and skills and source of human capital, remember this is possible because ordinary citizens knew what a nation needed for its progress and took the practical steps to secure it entirely on their own,” said Vice Chancellor, Professor David Norris as he reminisced about the establishment of the University of Botswana in 1982.

Professor Norris said it was a milestone for the University of Botswana to be celebrating 40 years of existence but more importantly it was time to figure out its priorities so that it realigned and readjusted of its function to fulfil its core mandate.

“As a university, we have entered this particularly important development stage and the time is now that the University reflects on its past, it is time it introspects and questions itself as to whether it is still playing a truly meaningful role in the society,” added the Vice Chancellor.

While the University of Botswana may have produced the human capital that had and continued to play a prominent role in the development of Botswana, Professor Norris highlighted the need for introspection to make sure it was performing all the functions it was established to perform. 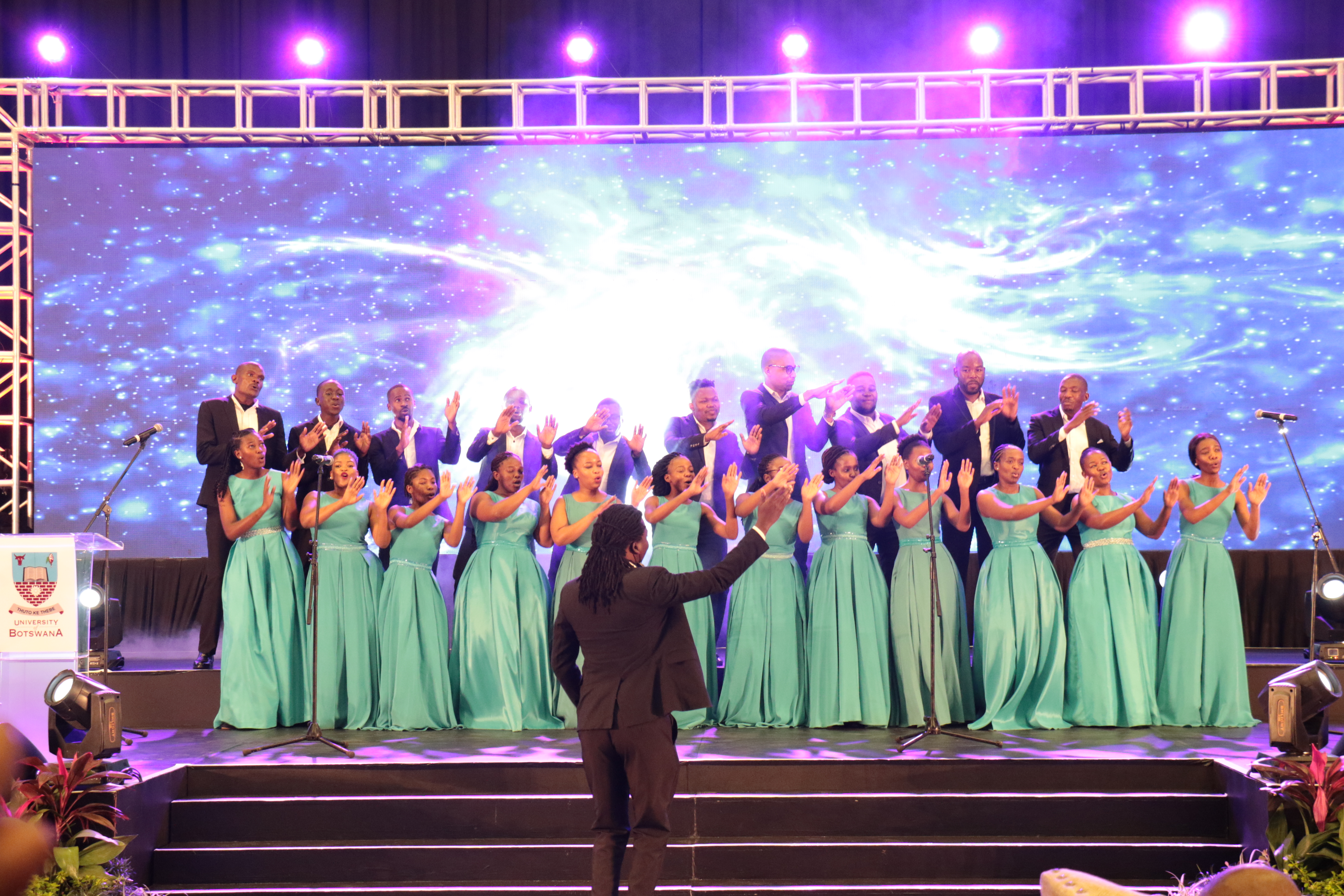 He further underscored the importance of the University of Botswana transform into an ‘engaged’ University, especially one that transforms lives. Such would also be realised as the University was embarking on a transformation to become an increasingly outward facing university.

Key to such, he noted, would see the University working in contexts such as economic hubs, clusters, accelerators, centres of excellence and forming strategic partnerships that directly align to the national growth plan.

No doubt Professor Norris reckoned that the University of Botswana was on a trajectory of transforming into a leading net exporter of education, knowledge-content, expertise and advanced services and skills to the SADC market and beyond.

He declared “as a national university, we stand ready to respond to the national needs with the kind of education and skills development that is effective for the future that all Batswana strive for and deserve”.

Speaking at the same event, Minister of Education and Skills Development, Dr Douglas Letsholathebe commended academic staff at UB for a commendable job in producing research that he said was beneficial to the development of country.

Dr Letsholathebe said research at the University had been able to influence policy citing as an example the Plight of the Elderly in Botswana, which led to Botswana introducing social security nets.  In addition, he explained that a group of researchers had also come together to conduct research on changes that occur on the immune system of COVID-19 patients. 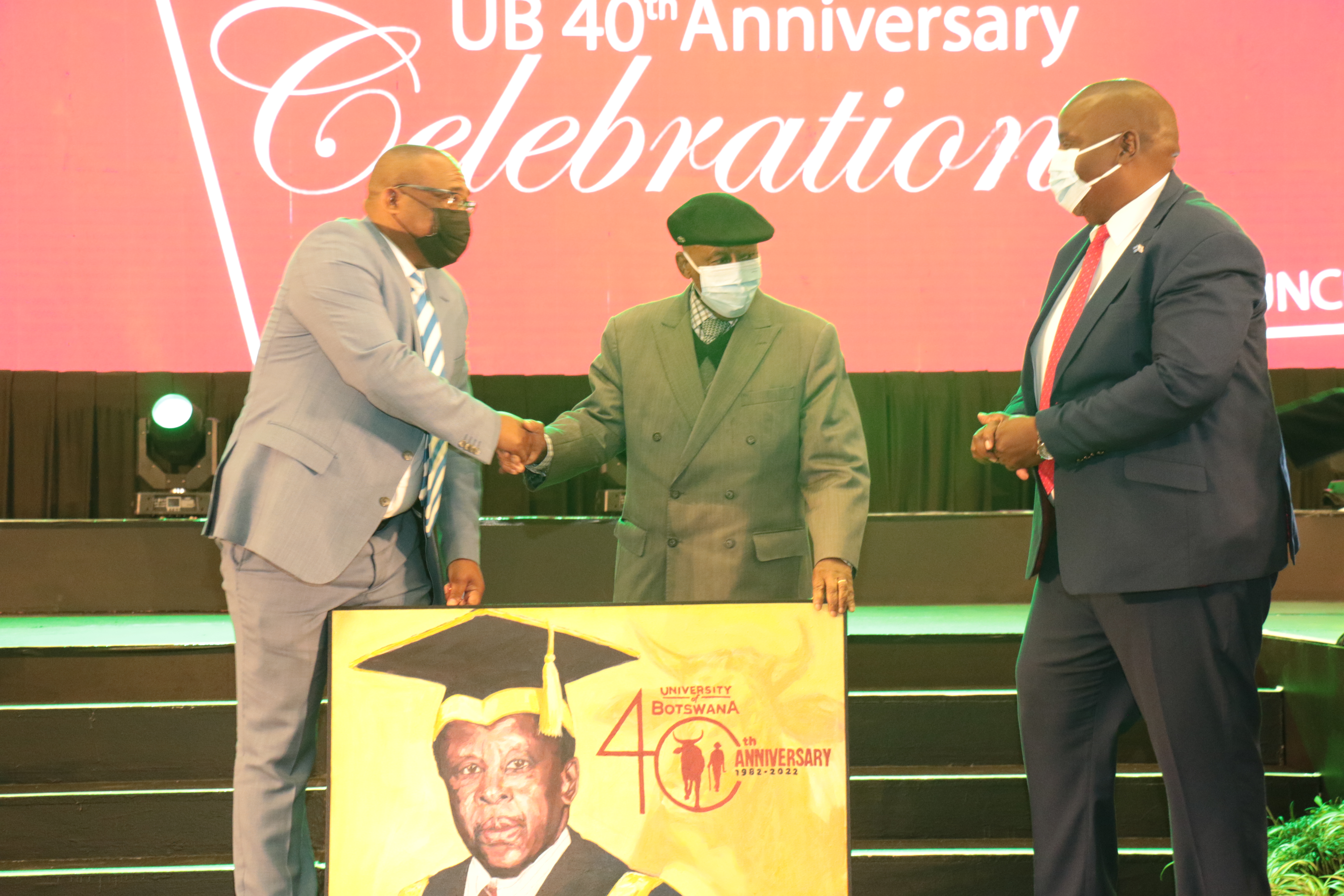 “This is the type of research that will help not only Botswana but the world on understanding COVID-19,” he noted. Another research that Dr Letsholathebe highlighted was on Steroid Production which said was to try and increase access to drugs in developing countries by exploiting fungi.

Notwithstanding the celebrations, the Minister pointed out that parallel to that was anticipation that the University would not become too comfortable with what it had achieved so far.

“My wish is to see UB researchers doubling the efforts that we appreciated today; bring in more income to the University so that government could give attention to other pressing national issues such as youth employment,” said Dr Letsholathebe.