Makwala presents his book titled The Solo Runner, and cover to UB Management 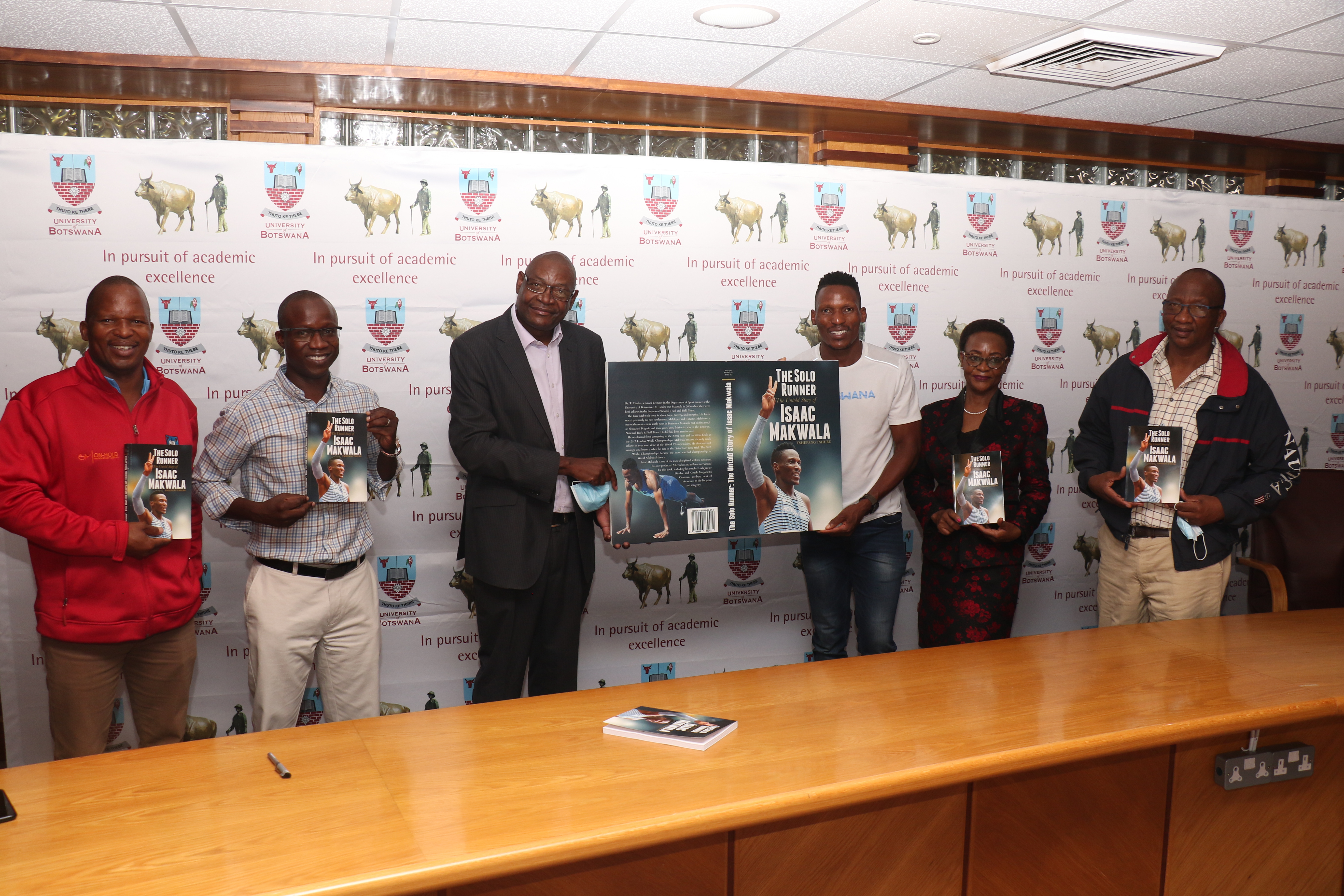 The University of Botswana on December 20, 2021 had the privilege of hosting Botswana’s 400m-race specialist, Isaac Makwala, for a presentation of his book titled The Solo Runner and cover to the University management.

Acting Deputy Vice Chancellor for Academic Affairs, Professor Happy Siphambe, received the book and cover on behalf of the University management. It was an exciting moment for both Makwala and UB Management given that the University of Botswana is his training base besides that his coach, Justice Dipeba and his biographer, Dr Tshepang Tshube, are UB staff members.

Speaking on behalf of Management, Professor Siphambe highlighted the fact that the University of Botswana was not only a teaching and research institution but also a player in the development of sport and creative industry in the country.

As such, he said the University of Botswana was privileged to be associated with a sportsperson of Makwala’s caliber who is not only a national icon but an internationally acclaimed athlete. Professor Siphambe advised Makwala to utilize opportunities coming his way to reinvest in his life so that he continued to grow into a responsible citizen.

Dean of the Faculty of Education, Professor Lily Mafela, applauded Makwala for exemplary personality, noting that his down to earth demeanor would forever make him a role model for many generations to come. Professor Mafela encouraged Makwala, Dipeba and Dr Tshube to embark on a national tour to motivate young aspiring athletes and promote sport as part of the multiple career pathways. She also underscored the need for the University of Botswana to produce more sports science graduates who could assist athletes on issues around sports such as sports psychology and nutrition.

About the book and how it came about: The book gives readers unique insight into Makwala’s childhood and athletic career. Dr Tshube says Makwala gave him unprecedented access to his family, coach, and friends. He hired one of his graduate students as a research assistant and also hired a photographer upon which they took a long road trip tracing Makwala’s life. He mentions that he was inspired to tell Makwala’s story because he saw this amazing story unfold. “I first 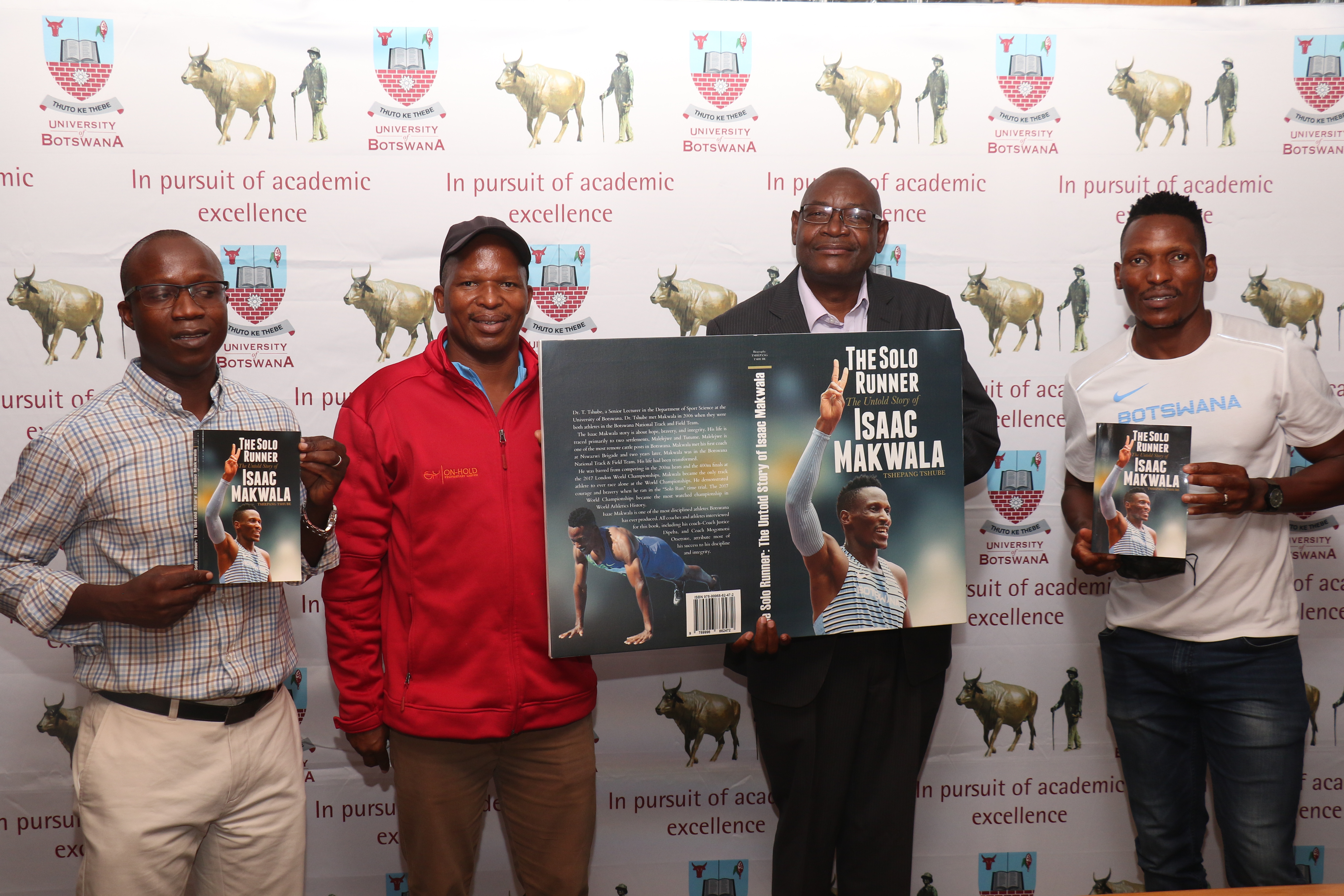 met him in 2006 when he joined the national team. I was already in the national team. I have a clear memory of him walk into Lolwapa lodge for his first day in the training camp. I observed and traveled with him to major games including the 2007 African Games” reckons Dr Tshube.

He says they then travelled together to the 2016 Olympic Games and the 2018 Commonwealth Games. He was now an official in the team. Elite athletes deal with a lot of adversities including injuries, fear of failure, and maintaining consistent athletic performance. For Makwala, the major adversity in his athletic career has nothing to do with these challenges. He was barred from competing at the 2017 London World Championships. Consequently, the book includes an entire section on the solo run.  Overall, The MAKWALA story is about vulnerability, courage, and hard work.