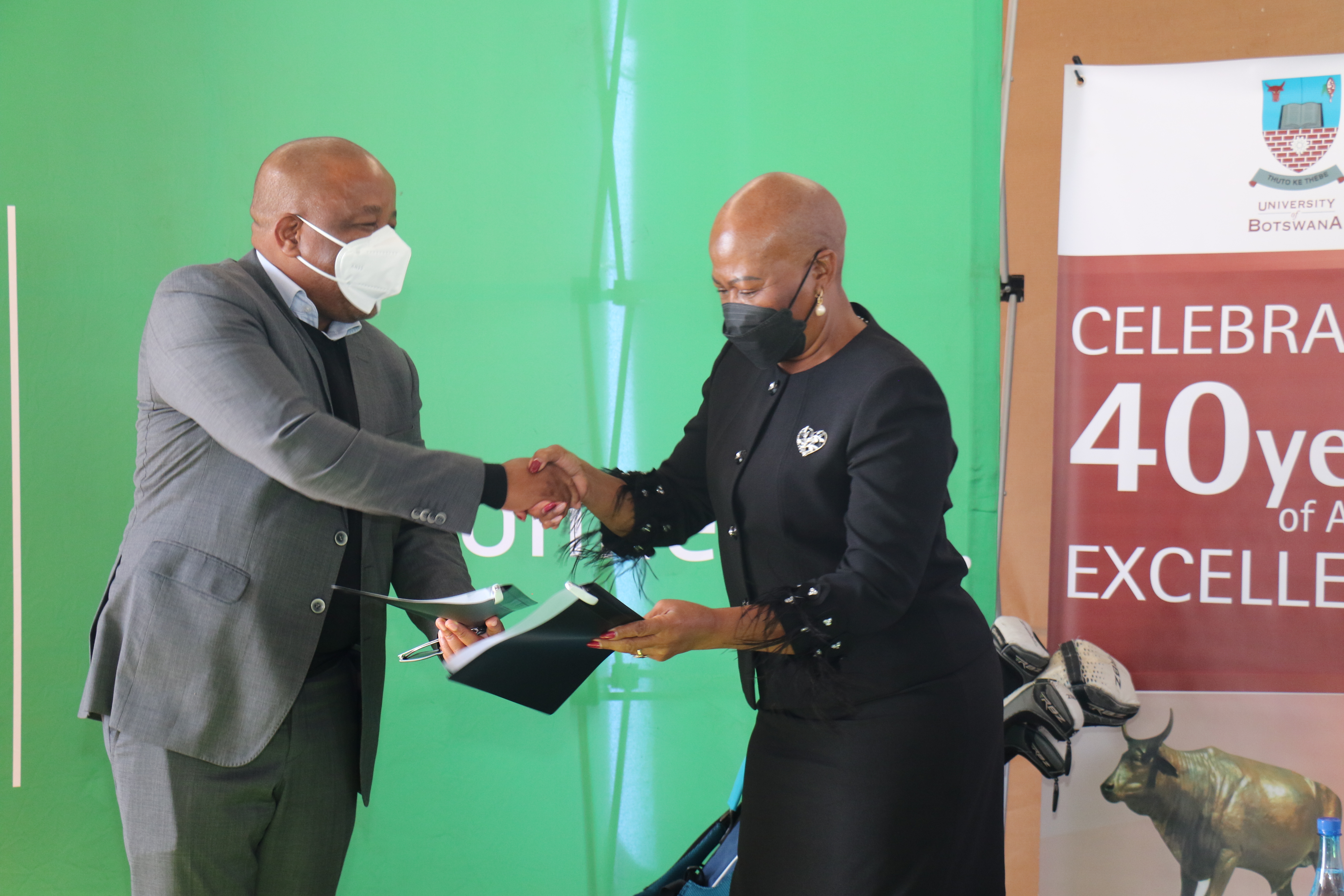 Botswana Telecommunications Corporation (BTC) is the University of Botswana Foundation (UBF) platinum sponsor for the next two years. This came to fruition on June 14, 2022 at the Stanbic Bank Gaborone Golf Club as part of the launch of the Foundation’s Golf Day.

Speaking at the event, UB Chancellor, Ms Tebelelo Seretse, said this was not BTC’s first act of generosity because it had previously supported UBF Golf Day by purchasing dinner tickets for stuff and sponsoring teams for the tournament.

UB Vice Chancellor, Professor David Norris, said the partnership with BTC would enhance the University’s capacity to deliver on its transformation strategy. Professor Norris said the University was reinventing itself to remain relevant to society by intensifying its research capacity as it continues creating industry linkages. He added that UB was also poised to play a key role in Botswana’s economy.

The Vice Chancellor said the strides the University was making were beginning to make a positive societal impact as demonstrated through its continually improving international standing. Moreover, UB was working tirelessly to help the country attain United Nations’ Sustainable Development Goals. 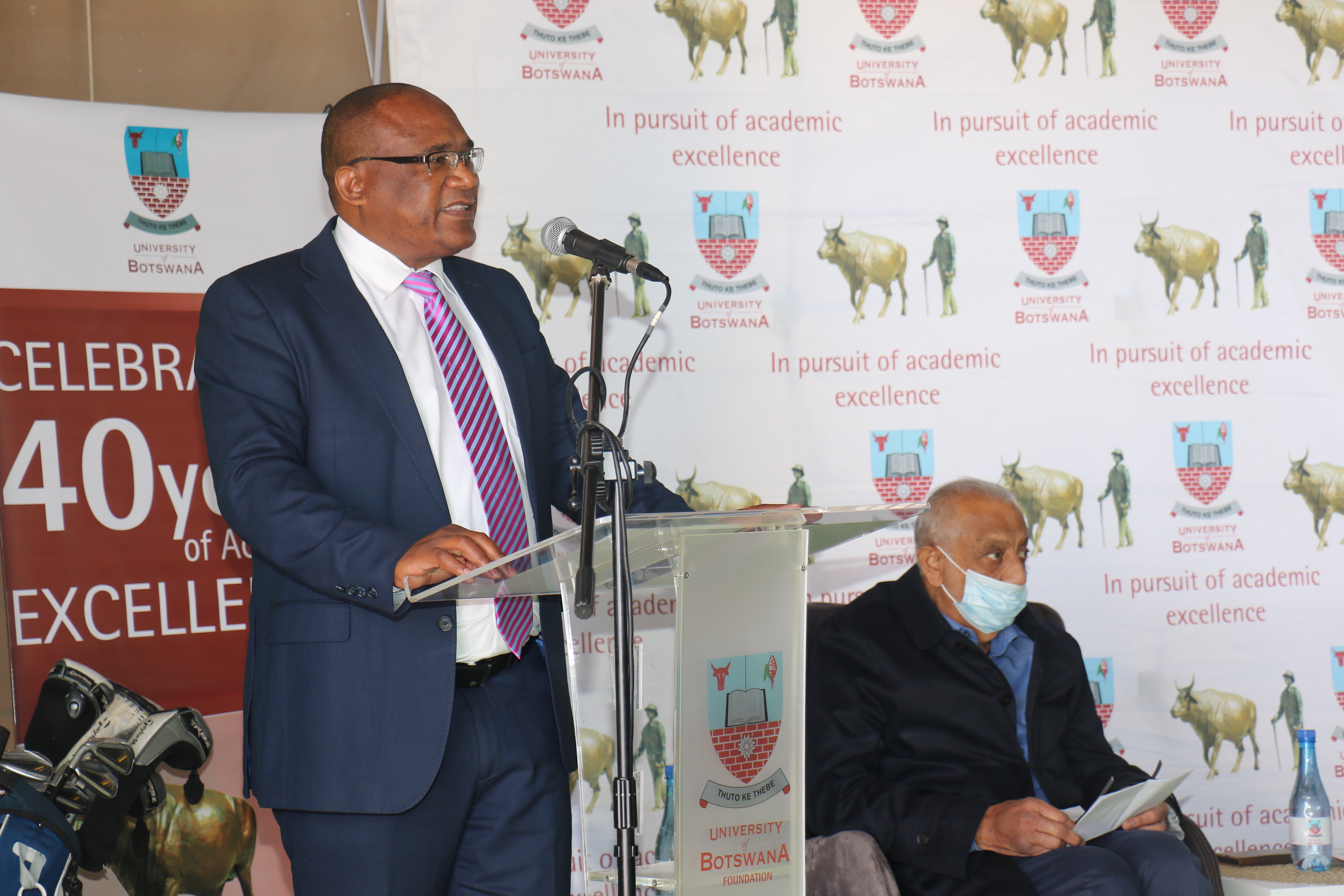 Professor Norris added that the University was repositioning itself to become a high-performance organization and lead in the exportation of education, expertise and skills to the southern African region and the rest of the world. He stated that through its transformation UB would intensify research and innovation so as to have 40 percent students doing PhD and masters by 2029.

BTC Commercial Sponsorship and Events Manager, Mr Mosarwa Molema, said BTC saw the opportunity to become UBF platinum sponsor given that both institutions were celebrating 40 years. Mr Molema said their contribution would help bridge the gaps in education and reduce the digital dived as well.

Chairperson of the Golf Day organizing committee, Professor Hillary Masundire, gave an overview of the day and players were expected to take part. Mr. Satar Dada, UBF Board Chairperson thanked BTC and everyone who graced the event for their efforts towards making the upcoming Golf Day a success.