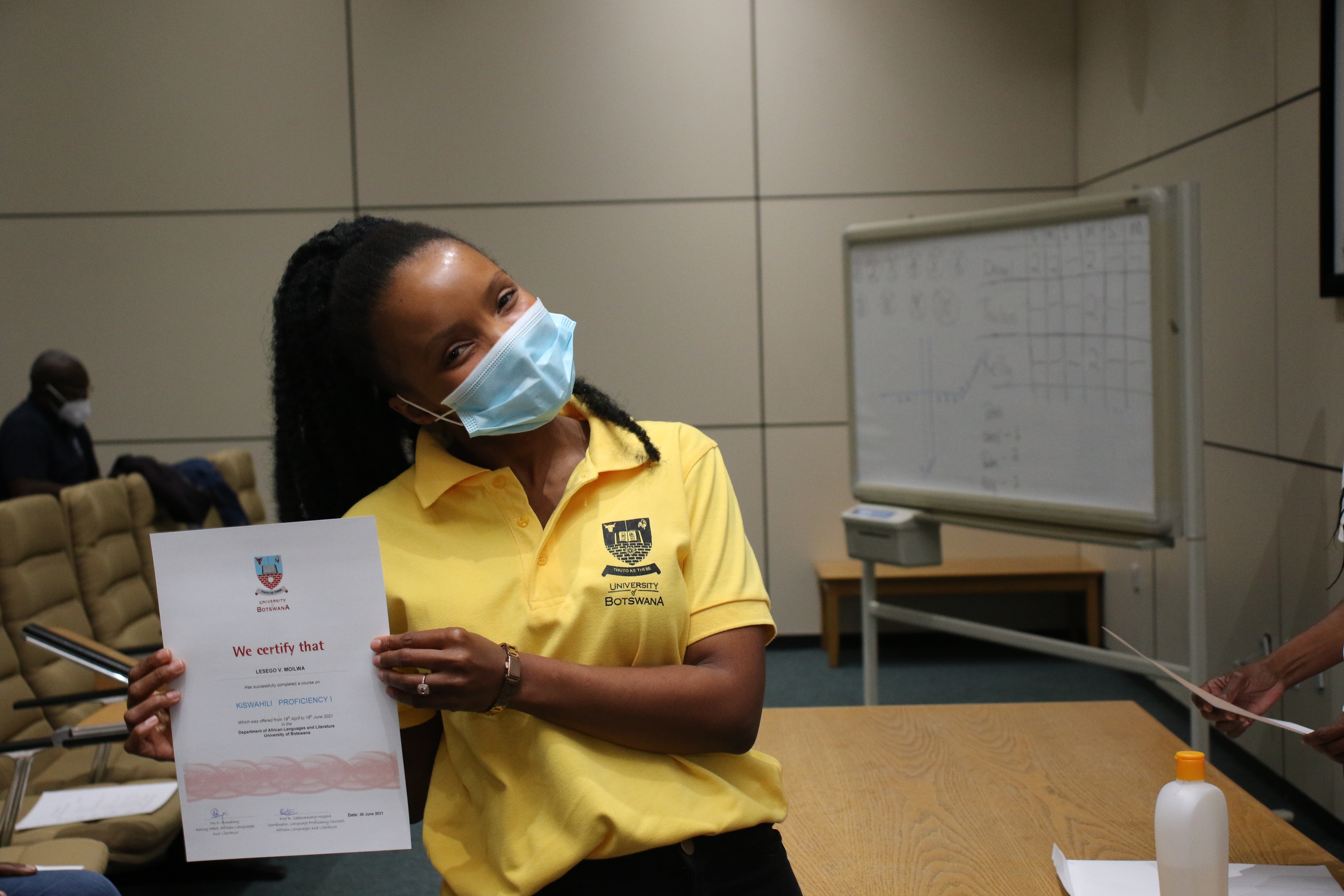 The University of Botswana on June 30, 2021 awarded 38 participants who recently completed training in three Africawiln languages, Kiswahili, Ikalanga and Setswana, in the Department of African Languages and Literature.

Of the 38 participants, 14 received proficiency certificates in Ikalanga and 12 in Kiswahili and Setswana respectively. The courses are held twice a year for nine weeks with participants comprising different nationalities.

In line with its transformative strategy, Creating a Future for the knowledge Generation (2020-2029), the University of Botswana is committed torwards safeguarding the extinction of African indigenous languages as well as preparing Batswana to be global citizens.

While Setswana, which is a national language and Ikalanga is e widely spoken in Botswana, Kiswahili is a Bantu language widely spoken in the Great Lakes region and other parts of eastern and south-eastern Africa including Kenya, Tanzania, Burundi, Rwanda, Democratic Republic of Congo (DRC) and parts of Malawi.

The President, Dr Mokgweetsi Masisi, recently announced that Kiswahili would soon be part of the school curriculum in the country following adoption by SADC as the fourth official language in the region after English, Portuguese and French.

Meanwhile, other proficiency language courses that the Department of African Languages and Literature offers are Isizulu and Shekgalagari

Graduates from the Department are usually absorbed in many government and private departments and offices, particularly in teaching, curriculum development, translation, interpretation, editing, research work, public relations, local government, tourism, international affairs and many other places.