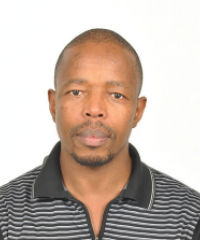 George Mokone graduated in 1995 from the University of Botswana with a Bachelor of Science (combined major in Biology and Environmental Sciences), then worked as an Assistant Lecturer at the Institute of Health Sciences, Francistown from November 1995 till Feb 1997. In 1998, George Mokone graduated from the University of Cape Town with a BSc (Med) Hons in Human Physiology. He later graduated with a PhD in Human Physiology (specializing in Exercise Science) from the same university in 2006. He was then employed at the University of Botswana, Department of Nursing Education from August 2007 till July 2008, where his role was to teach human pathophysiology to both undergraduate and graduate students. He moved to Scotland where he worked as a Teaching Fellow at the University of Dundee from 2007 till December 2008. In Dundee, George was involved in teaching medical, dental, BSc students. He returned to the University of Botswana in January 2009 as Lecturer and was part of pioneering group of staff who joined the medical school and played a key role in the Faculty's adoption of the Problem-Based Learning approach which he had learnt in Cape Town and Dundee. He was promoted to Senior Lecturer in 2011. In 2014, George spent 3.5 months at the Johns Hopkins University's Berman Institute of Bioethics as a Fogarty Fellow, where he studied research ethics, among other things. He was appointed HOD in July 2014 and has just completed his second term of office in June 2020

I am involved in teaching first and second year MBBS students Physiology and Basic Biostastistics. For the past 2 years I have been co-teaching pathophysiology to undergraduate nursing students. I also teach physiology to undergraduate Bachelor of Consumer Sciences students. I am also involved in teaching of the MMed students, particularly assisting with their research proposal writing.

The Department recently (2020) started a Phil/PhD programme, which is a completely research-based programme. I will be interested to chat to you if you are interested broadly at non-communicable diseases, athlete physical performance, sports injuries and obesity.