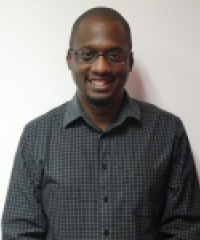 rI joined the University of Botswana in August 2019 having lectured at Monash University South Africa campus for 7 years. I also worked at the Institute for Security Studies in Cape Town, 2009-2010 as a research intern in the Corruption and Governance programme, and also as a consultant in the Organised Crime and Money Laundering programme. As a consultant I have been called upon by the Western Cape Provincial Government in South Africa to assist in mediation proceedings following the 2008 xenophobic attacks that occurred across the country in that year, resulting in the successful reintegration of displaced migrants into the community in De Doorns.

I have also lectured at the University of Cape Town as a guest lecturer (2009-2010) on national liberation movements in Southern Africa, covering South Africa, Zimbabwe, Namibia and Mozambique. My lecturing experience also extends to the IIE Varsity College, Cape Town from 2010 – 2012 in criminology courses.

I have often been called upon by various media organisations, print and broadcast, to give commentary and expert analysis on matters within the South African criminal justice system. These include issues of crime prevention, policing, xenophobia, medical parole and high profile criminal court cases, which form part of his research interests.

I am currently enrolled as a PhD student at the Witwatersrand University (Wits) in South Africa, looking at the intersection of immigration law and criminal law (crimmigation)