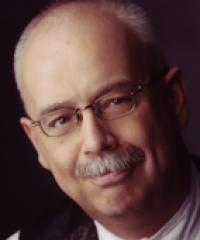 open all  close all

Douglas Newell has more than 40 years experience as a working professional in film, television, theatre and audio.  He's an award winning director, actor, writer, and teacher.

His film directorial debut Stick Up toured festivals, winning two awards and was then sold to the Comedy Network where it's still playing. A produced scriptwriter in the Family and Adult Comedy genres for the stage and CBC radio, his screenplays Redemption and The High Life have won awards in Los Angeles.

Douglas has performed in over 100 films, TV shows, commercials, cartoons, plays, and audio works in Canada and the US. He performed an original character for six months at a World Exposition.

His theatre directing credits include classical and contemporary works such as The Rivals, She Stoops To Conquer, The Rover or: The Banished Cavaliers, The Legends Of Raven, The House of Blue Leaves and Reflections In The Medicine Wheel as well as musical productions Trial By Jury, Billy Bishop Goes To War, and You're A Good Man Charlie Brown.

He has been a visiting and senior professor at a number of tertiary institutions in Western Canada. Douglas has forged strong connections to community arts groups, working as a Zone Adjudicator, Senior Talent Bank member and Workshop Facilitator for the British Columbia Ministry of Tourism, Arts, and Culture for over 25 years.

His compositions and arrangements may be heard here

Examples of his audio writing, producing and directing are here and here

Douglas believes in the universal space, a place that welcomes everyone and anyone regardless of such things as age, gender, race, or economic and other challenges; a place to create, to learn, to share and to succeed. He encourages the complete learner - the spirit, the mind and the body - to engage with an inclusive community, to adapt to the changing world and to flourish in the process of life.

His second passion is to create inclusive life long protocols in self care for all artists.

Directing for Stage, Screens and Audio

Acting for Stage, Screens and Audio

As a practicing actor, Douglas's publications are his performances. To see the more than sixty films, TV shows and cartoons he has performed in, go here